Home Information for Educators Once seen, it cannot be unseen 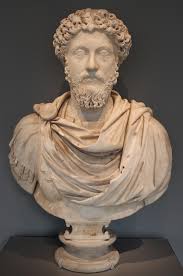 What does Marcus Aurelius have to do with the childhood game, I spy with my little eye? Absolutely nothing, or maybe everything, or perhaps something…..it depends entirely on your perspective.

You may well be asking who is this Marcus character anyway?  Marcus Aurelius, a disciple of stoicism, was a kindly Roman Emperor who lived between 121AD – 180AD.  Well known for his personal journal writings, the Meditations, his work has withstood the ages; providing insights into his philosophy on how to live a self-disciplined and balanced life.

The Stoic school of thought advocates a need to view the world around us with objectivity. Being neutral is more easily discussed than practiced.  We perceive the world around us subjectively, through our own particular filter and lens.  Reality depends on the view of the observer.  For instance, my reality is not your reality, even though we may be observing the same thing. A dismissive comment; ‘Well, that may be your perception of events, but it is not the reality’; makes the assumption that our own particular viewpoint is the truth, and fails to acknowledge that perception is reality to the observer.  How do we know with any certainty whose truth is reality anyway?

Our judgements, biases and patterns are formed through personal experiences that shape our belief systems and influence how we see the world, and how we perceive reality and truths. We are seldom even aware of what these biases are.  Unconscious bias can hinder efficacy and decision-making through flawed thinking and ‘blind spots’ (i.e. we can’t see, what we can’t see – we don’t know what we don’t know).  The first step is to acknowledge we all have unconscious biases; next, learn what your biases and ‘blind spots’ are; finally, consciously find out more about people, places and things that are unfamiliar to you.

The process through which we reveal our own beliefs and biases to ourselves, requires self-discipline and is not effortless.  If it were easy, the world would be a lot less fragmented than it currently is.  Revealing our unconscious biases is achieved through the intentional, reflective examination of our thoughts, assumptions and utterances, by capturing them and writing them down in a journal or diary. Thoughts written on a page can be startling and revealing.  Once we have seen, we cannot unsee.   Which brings me back to my seemingly obscure connection between Marcus Aurelius and the I spy game.

When my sons were very young children, we would play I spy by candlelight as a distraction tactic to while away the hours during the frighteningly loud electric thunderstorms and accompanying power failures we frequently experienced in Africa. Shadowy glimpses of each other huddled together in the dark would flicker in the waxy orange light, as we took turns at I-spying while lashings of torrential rain, flashes and cracks of lightning, booms and rumblings of thunder, played out through the stormy darkness. It didn’t matter that we couldn’t see very well in the dark, it only mattered that fears were allayed while we were talking and laughing and attempting to guess what the other was seeing.

We don’t experience electric thunderstorms of that nature in New Zealand, but whatever the weather, the game still holds the same level of intrigue and engagement for young children today.  In recent years I began playing I spy with my grandchild to keep her occupied on road trips.

Grandchild:     I spy with my little eye, something beginning with ‘c’.

Grandchild:     Try again. You always tell me not to give up that easily.

I cannot argue with her logic, so ten minutes and what feels like 100 more guesses later……

Grandchild:     You can’t see it now. We passed it way back there, Granny!

The inherent flaw with playing I spy when you are travelling 100km/ph and the stationary cow was spotted in a field more than 20kms ago, means that said cow is now completely out of sight.  At this point, the game morphs into a not-so-commonly known game called “Can you guess what images and experiences I have inside my head?” I cannot prove that there was a cow, and just because I cannot see it, it does not mean it isn’t there.  If the cow still exists in the mind of my grandchild, then it is real and it exists.  Once she had seen the cow, she could not unsee it. Perception is reality.  And this is why I spy made me think of the good emperor.

The writings of Marcus Aurelius teach us to look beyond what can currently be seen on the surface; to harness objectivity through someone else’s eyes; to view the world as it is, and not as we think it is.  For example, if we view the universe from the perspective of where we are standing on Earth, our bias is to perceive our home planet as the centre of universe; but, if we were to observe the universe from the perspective of the Sun, we would discover another point of view entirely. Things would look different, even though they are the same. It’s simply a matter of perspective.

Likewise, when we observe worldly events or engage in personal interactions, our bias is to place ourselves in the centre and see things from our own perspective; but, what if we were to step outside of ourselves and intentionally view the same event objectively, from a different point of view, and ask ourselves, “What am I not seeing here? Whose views have I not heard?”.  This simple shift in awareness would challenge our previously held views, present us with another perspective to consider, and potentially lead us to a better understanding of our fellow human beings, and ultimately a more harmonious world.

Gaynor is a teacher educator and teacher mentor.  She facilitates personal, professional and leadership development for teachers.